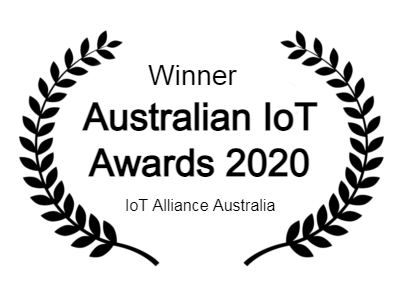 The project covers 5 councils, and over 4000^2km and over 300 sensors. Minnovation were the industry lead on the project and worked alongside academics from RMIT and Latrobe University to deliver the large scale network.

The project faced stiff competition from across the county including submissions from Geelong, Perth and Melbourne. The final decision came down to the scale of the project and the collaboration between the industry leader, academics and the project leads at each of the councils.

Minnovation CEO Simon Maselli says “This was an exciting project to be a part of, it is the largest scale project of it’s kind in Australia, and one of the largest that I know about in the sector globally.”

The awards were announced during a virtual ceremony on October 29, 2020. “The announcement was made and we we were thrilled. The competition was stiff but I’m glad we came out on top” Says Maselli.